Group learning has entered a new era, mainly because of social distancing. The growing segment of the experience economy that includes small group workshops such as photo tours, art workshops, cooking workshops, etc. has been suddenly forced to pivot to online learning platforms.

Julie Schumer, an accomplished abstract artist in Santa Fe, has offered in-person workshops in her studio for 14 years. By March of 2020 it became apparent that in-person workshops would have to be cancelled, so Julie and I researched elearning platforms, settling on the popular Thinkific platform, which hosts over 30 million online classes. We chose Thinkific over other platforms because of its ease of use, design flexibility, and reliability.

Beginning in late May, Julie and her husband, James Koskinas, began shooting video in their studio, using their iPhones. they uploaded the raw video to Google Drive, which I then edited, adding titles, zoom-in and transitions. I then exported the web-optimized videos to Thinkific. I also prepared and uploaded written materials, set up quizzes and assignments, integrated the platform with a private Facebook group and live Zoom conferencing, and set up the payment gateway.

We launched the marketing campaign using social media and email, and by late June were presenting the course! We have had excellent results, and are now offering a second course on abstract painting techniques. Now, along with Julie’s associate, Cat Tesla, (for whom i have recently completed SEO for her new site) we are preparing a third course, which will launch soon. 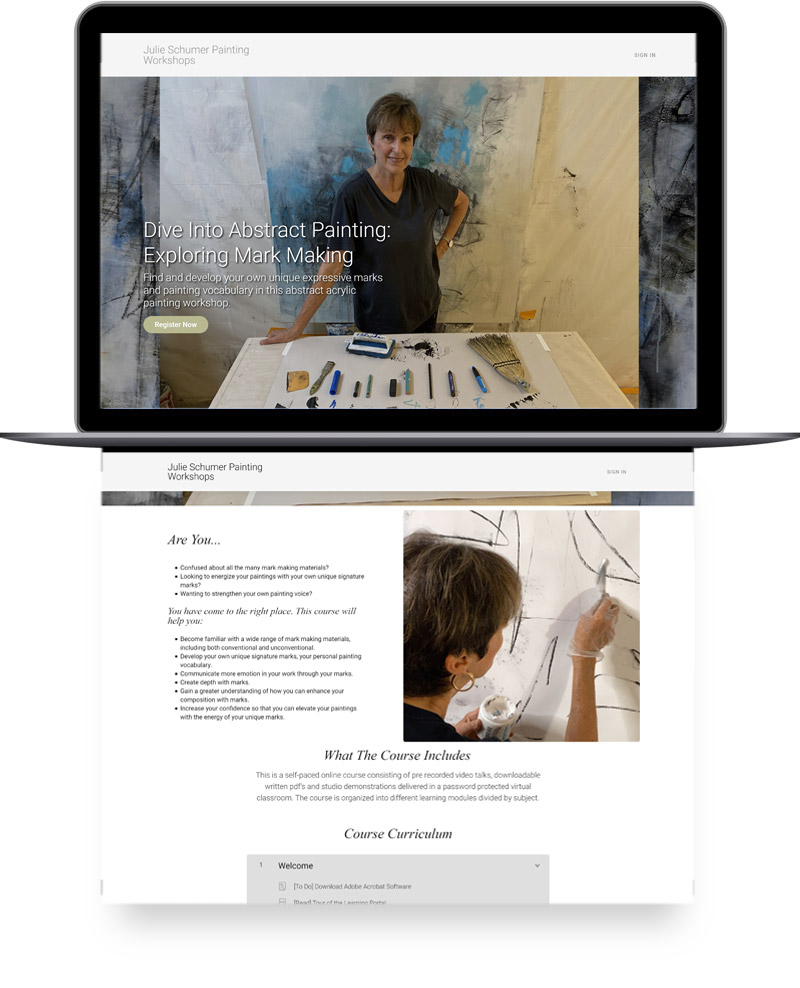 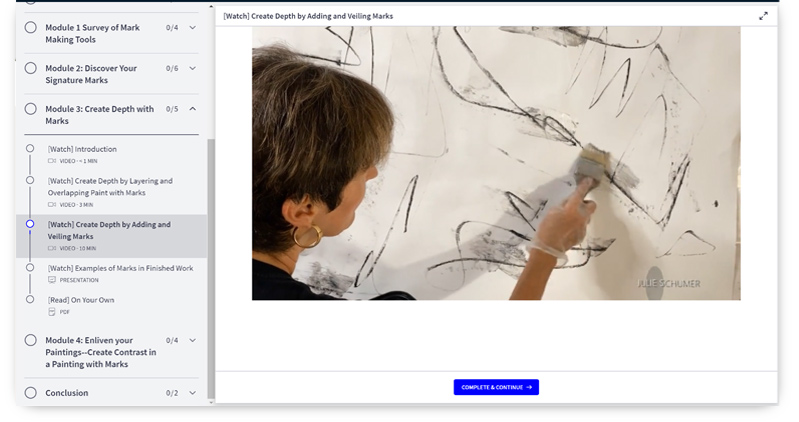 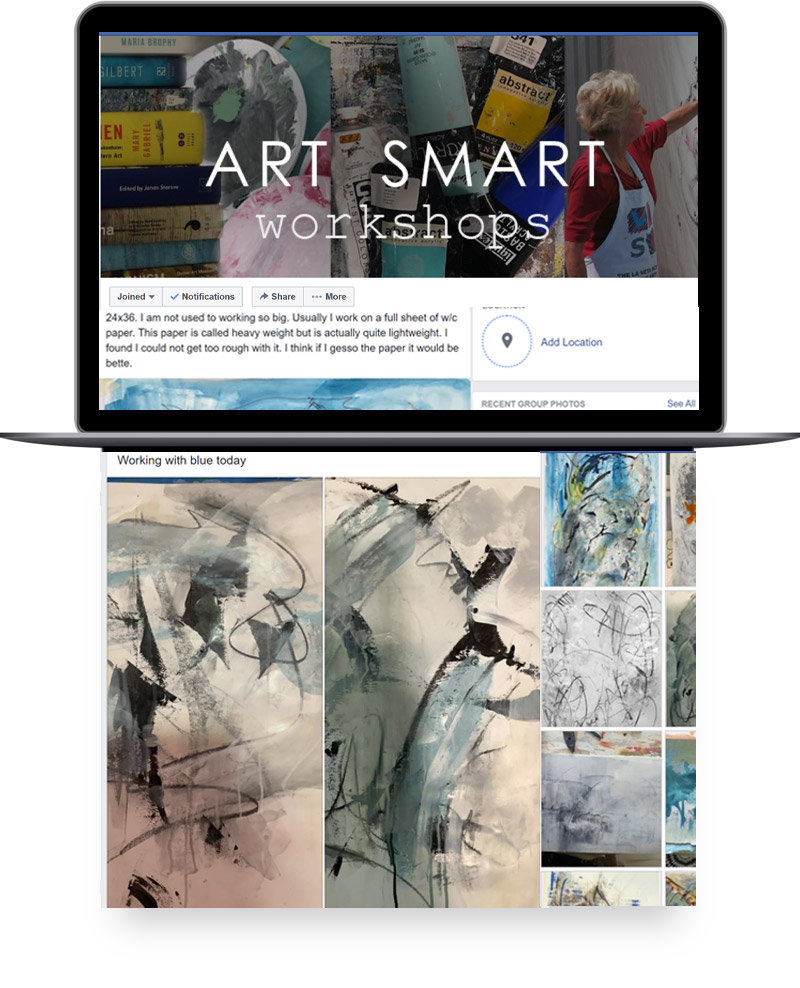